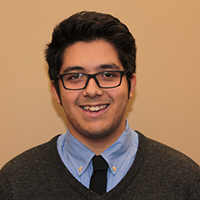 Democratic Candidate for the upcoming 2016 election, Bernie Sanders, was in Iowa this past weekend. Donald Trump also visited Davenport within this month. Apart from their different ideologies, they both presented themselves very differently to the public. Trump held his rally in the Mississippi Valley Fair Center while Sanders held his informal meeting in a small lobby-like setting. There seemed to be many more people attending the Trump rally than the Sanders meeting. Apart from campaign budgets and popularity prior to this presidential campaign, Trump clearly had the more dominant presence next to Sanders. However, this has a direct connection to how each of these candidates present themselves. Other members of the Observer staff informed me that in order to enter Trump’s rally they had to go through security for over 40 minutes. With my experience at the Sanders meeting, I practically walked in and signed my name on a clipboard and waited for him to speak among the other media and supporters. Either intentionally or not, Senator Sanders portrayed himself like an average and approachable citizen. On the other hand, Trump was the equivalent to a rich and famous billionaire who had the staff to protect him. Sanders presented himself as a humble individual who can still talk politics without the platform of a celebrity.